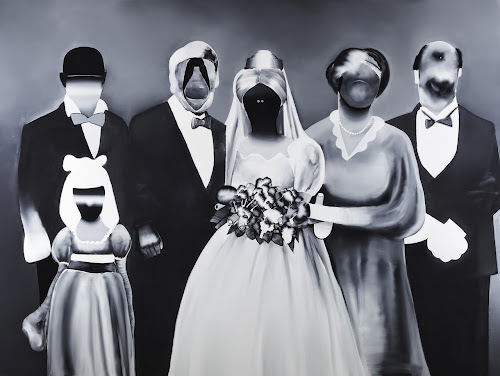 This Saturday night (April 11th) at Honor Fraser in Los Angeles, Tomoo Gokita will be unveiling a new solo show entitled Bésame Mucho. The exhibition appears to build on the monochromatic series seen in New York (covered) earlier this year composed of black and white gouache canvases featuring his distinct form of obscured portraiture. Not only will there be individual focused paintings, but also large scale group compositions (like the one seen above) from the Tokyo-based artist.