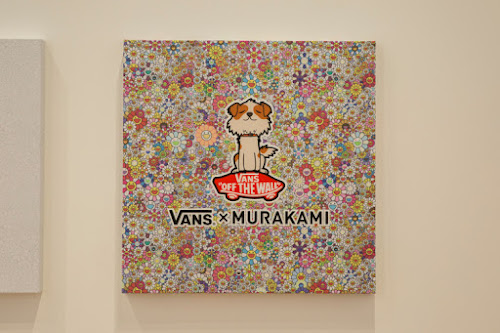 In line with the myriad of fashion-related events happening at this season’s Paris Fashion Week is a special collaborative showcase between Takashi Murakami and Vans. Led by the longstanding skateboard imprint’s Vault line, the event celebrated Van’s latest art-fuelled initiative, a follow-up from projects with the likes of Star Wars, Disney and household names championing the runway — think Kenzo and Marc Jacobs.

Taking place at Paris’ Hotel Du Grand Veneur, the showcase featured specially screen-printed works from Murakami’s Superflat collection which coincided with their 2015 spring/Summer release. The collection’s surfboards and skateboards were on display along with the sneakers for both adults and children. An intersperse of flowers and skulls took over canvases, while gritty co-branded lettering overlaid the flamboyant pieces. These prints mirrored those seen on the collection’s Classic Slip-Ons apparel. During the event, Michael Dupouy of La MJC led a roundtable conversation where Murakami spoke to attendees about the key motifs behind Superflat, and how it’s often misconceived in Japan by anime fans. Nonetheless, Murakami notes that the collaboration wouldn’t have reached such esteem if Vans Lifestyle Footwear Director Steve Mills didn’t allow him to fully flex his prowess. Elsewhere, Murakami’s KaiKai KiKi team along with Vault designer Taka Hayashi provided insight on the collection, speaking on the cohesive working experience that resulted in the coveted release. Check out the recap images above and share your thoughts with us. 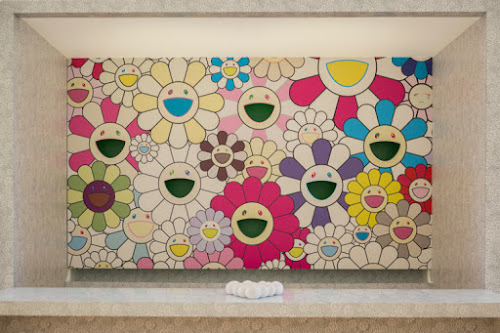 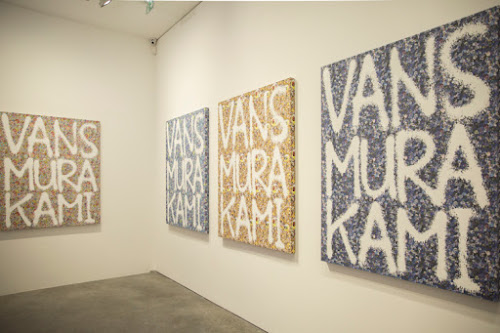 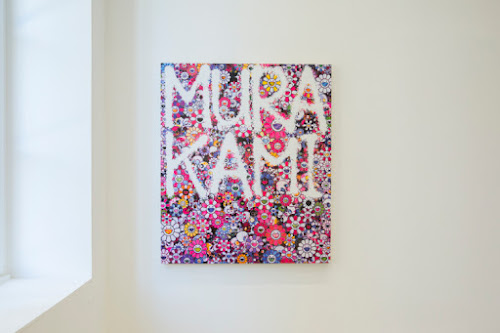 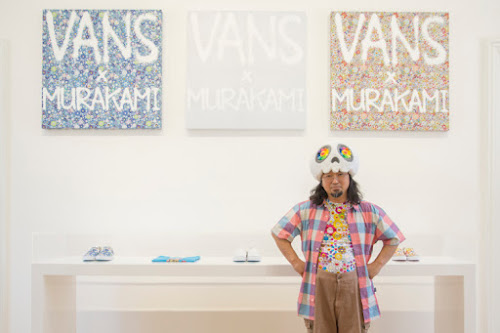 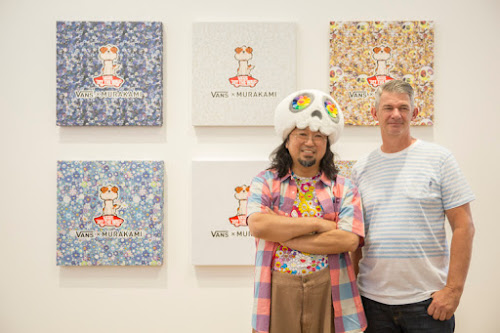