The Man Behind Japan's Biggest Streetwear Brands Is British 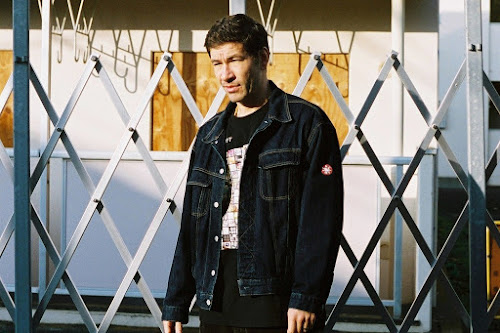 Meet Toby Feltwell, founder of streetwear imprint Cav Empt and major player in Japan’s music and fashion scenes. The influencer’s work traces back to 2003 when he signed Dizzee Rascal to XL Recordings as a 28-year-old A&R based in Britain. From there, Feltwell has worked with both NIGO and Pharrell of whom the former invited Toby to Tokyo to work as an operations director and creative consultant on their A Bathing Ape, Billionaire Boys Club and ICECREAM labels. Resuscitating the A Bathing Ape brand by helping NIGO to facilitate a sale to Cantonese investors, Feltwell reconstituted the design team and produced Cav Empt as a result. Establishing itself as a brand known for its ever-evolving silhouettes and taste-defining use of glitchy graphics over T-shirts, hoodies and jackets, Feltwell has undoubtedly secured a position for himself within streetwear. You can check out excerpts from the interview below, and can head over to Amuse to read the full article.

What is Cav Empt all about?
Well, really it comes from when I working on a brand before with two guys, Sk8thing and Hishi, and we were working on Billionaire Boys Club for Nigo and Pharrell. I was around when Nigo met Pharrell, and was kind of involved in the discussion between them evolving into, you know, ‘let’s do a brand together.’ We then formed this team to do the work and construct the ideas into products, and then shops. So, the three of us were doing the creative work, following a kind of shopping list from Nigo and Pharrel. It was a great process that we wanted to carry on when BBC [Billionaire Boys Club] shifted their operations to America.

What exactly is your role within Cav Empt – is it similar to how you were working with BBC?
Well, here and Sk8thing are sort of the co-owners and co-bosses of the company. Hishi and I are the design team, and it sort of splits down quite conveniently in that Sk8thing does 100 percent of the graphics. Hishi’s background is in production, and I’ve got no concrete skills whatsoever – so I’m just a concept person. We all sort of overlap in a lot of different areas but we also have our specifically sort of reserved area, that only each of us can do. So that works very nicely.

Was it a similar arrangement to when you were working with BBC and A Bathing Ape?
Yeah, but as I said, my job then was also getting instructions from Nigo and Pharrell and to some degree, translating them into something that would work as products. Pharrell has amazing ideas; some of them are just hard to immediately articulate, like he has a way of expressing himself which is very clear. He’ll go beyond what is easily expressible as just a product drawing, so it requires a certain amount of translation, which over the years we got pretty good at. That was part of it, but also like here with C.E., I’ve got the responsibilities of running the business. When I was working at the same time for A Bathing Ape, I was more like one of Nigo’s advisers. He had a few, but I was specifically responsible for international stuff.