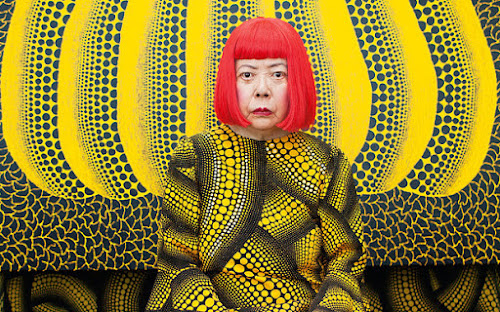 As Yayoi Kusama’s “In Infinity” exhibition opens at the Moderna Museet in Sweden, we’re given an intimate look at the artist’s life that has led her to where she stands today. Most famous for her endless and intricate painting of dots, the video above reveals that what brought her to fame also caused her pain as a young child. Having an obsessive-compulsive disorder, paired with hallucinations, she painted nonstop which deeply angered her mom and family. She ended up moving to New York during the ’50s and used any money she had to buy canvases and paint. “I was always hungry and cold. I wanted to die but kept painting.” Her persistence eventually led her to worldwide recognition, but her ongoing neurosis has led her to live in a psychiatric ward since the ’70s. “Since the dots are so infinitely many, my life has been a constant struggle to create my art,” she quotes. Take a look at the moving clip above and check out “In Infinity” on display until September 9, 2016.