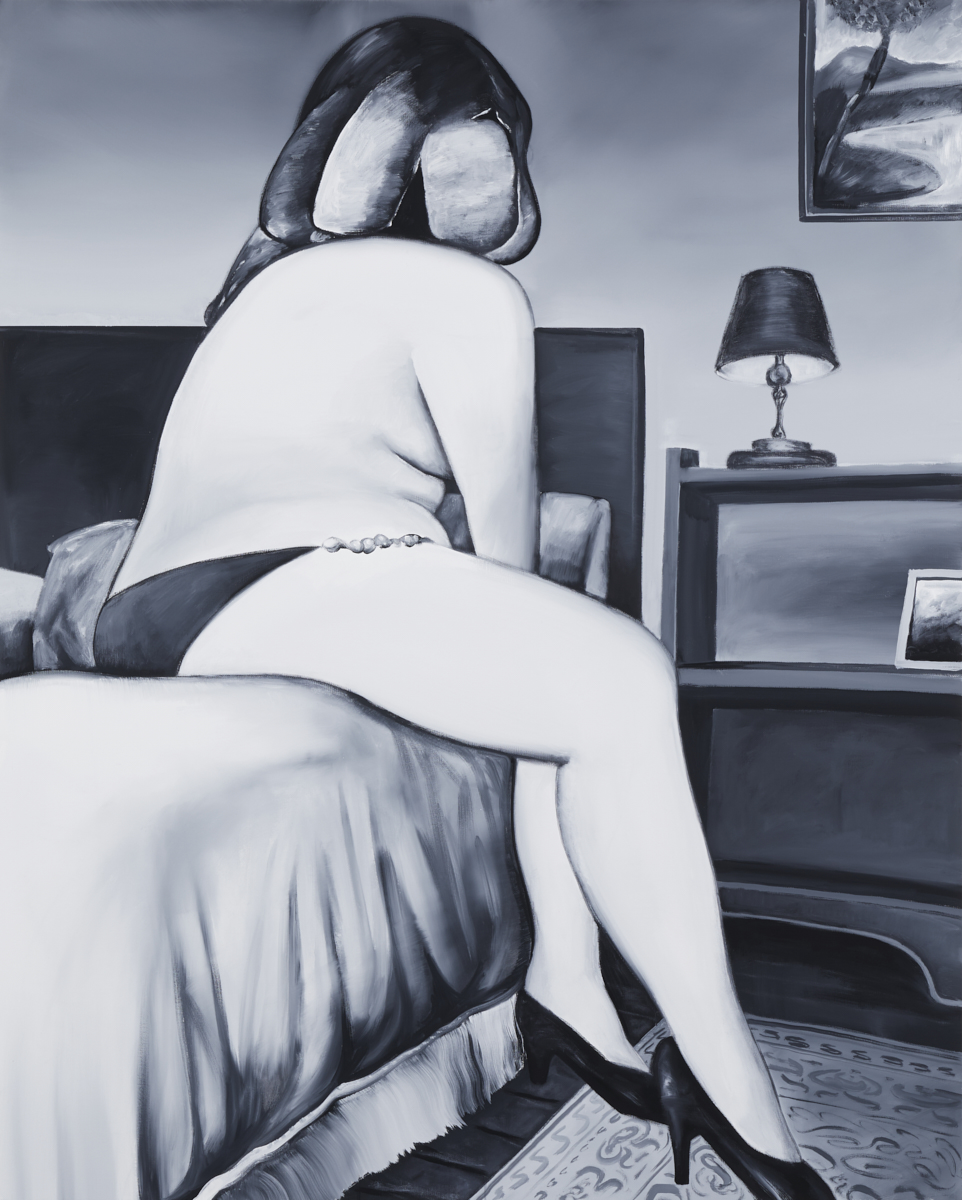 Gokita has been producing black and white gouache paintings inspired by magazines and photographs of the 1960s and 1970s. He employs a unique method and collage-like approach to create paintings of varied subjects including portraits, still lifes, and abstracts that are sophisticatedly rendered and diversely expressive.

This exhibition features paintings of the colorful people who gather at an imaginary place called “HOTEL PARAISO”. Although Gokita visited an actual hotel of the same name while in Mexico, the HOTEL PARAISO of his new paintings is fictional and, like “paradise”, can be located neither in space nor time. HOTEL PARAISO is a constructed image comprising the artist’s fragmentary memories of his trip to Mexico and his childhood introduction to the word “Paraiso” through Haruomi Hosono’s 1978 album of the same name. The extraordinary space of the hotel functions as a stage for narratives concerning the painted characters’ emotions and secrets. The vividly depicted scenes and meticulously rendered backgrounds, organic forms, and other pictorial elements enhance the works’ depth and appeal.